This is a 16" telescope built around Meade Lightbridge components. The truss design lends itself to a rigid but light optical tube assembly. I finished the telescope in June 2012 for Anthony in Pittsburgh, PA.

You can notice, on this telescope, I've modified and installed the standard Meade fan. Additionally, a Sky Commander digital setting circle is included. 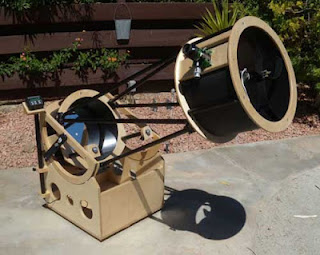 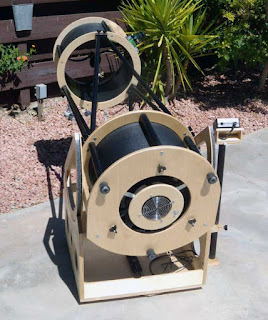 This is a 10" F4.7 telescope with a Destiny mirror, secondary and spider. The focuser is a 2" crayford with 1.25" adapter. Included in a mirror cover (standard equpment with all my "remake" telescope and "complete" telescopes, black anodized struts and focuser baffle. I especially like this telescope because it is so portable. The OTA is only 45" long. The telescope can be lifted entirely by hand, moved and used with ease. The scope disassembles without the need for tools and stores in a relatively small 20"x20"x20" space. 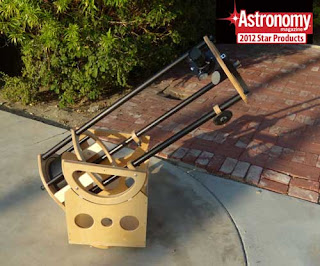 This is my personal telescope. It's a 13.1" with full thickness Discovery mirror, Destiny curved-vane spider and Moonlite two-speed 2" focuser. I use a Sky Commander to roam around the skies. The color is Minwax Red Sedona. 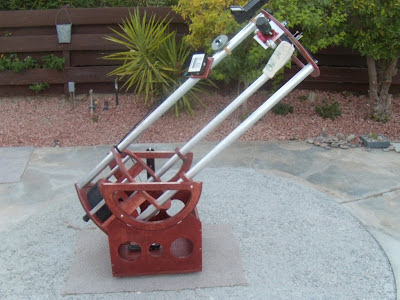